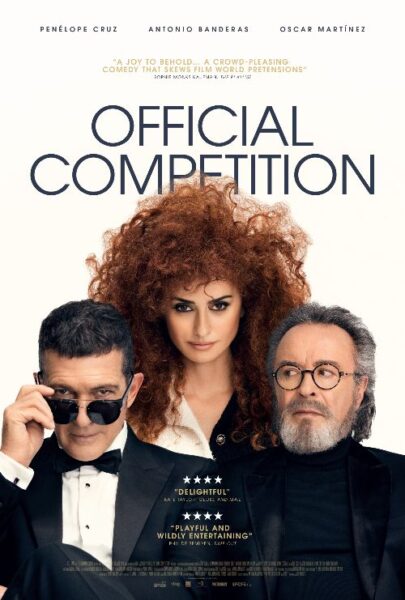 Summary: In search of significance and social prestige, a billionaire businessman decides to make a film to leave his mark. To do so, he hires the best: a stellar team formed by famous filmmaker Lola Cuevas (Penélope Cruz) and two renowned actors, both enormously talented, but with even bigger egos: the Hollywood actor Félix Rivero (Antonio Banderas) and radical theater thespian Iván Torres (Oscar Martínez). Both legends, but not exactly the best of friends. Through a series of increasingly eccentric challenges set by Lola, Felix and Iván must face not only each other, but also their own legacies.