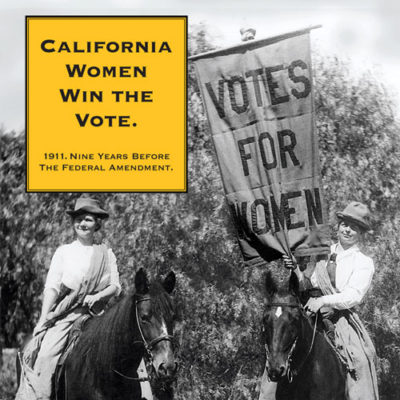 Using both historical materials and live reenactments, this film presents the dramatic Suffrage campaign that won the women of California the right to vote nine (9) years before the Federal Amendment. The campaign becomes a role model and motivation for the rest of the country; today, the tactics and spirit of these women are a guide and an inspiration for citizen activism in a democratic society

This film was the centerpiece for the state-wide celebration of California’s Centennial of Women’s Right to Vote in 2011. It reveals a close-in study of a State’s campaign strategies.