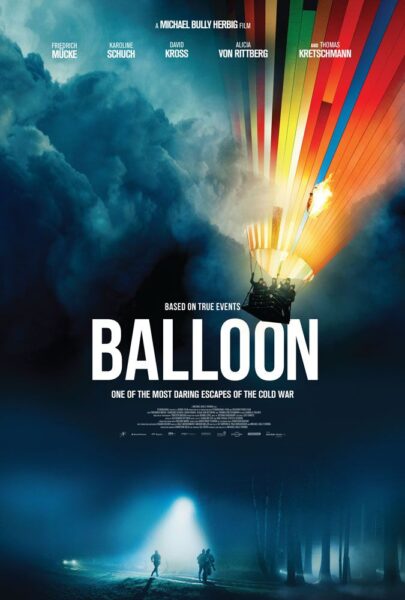 A thriller-like true story of one of the most spectacular escapes of the 20th Century.

With a theatrical release to coincide with the 30th anniversary of Germany’s reunification, BALLOON is based on the true events of one of the most daring escapes of the Cold War in which two families living in Communist East Germany sailed over the heavily fortified border in a homemade hot-air balloon.

In the summer of 1979, the Strelzyk and Wetzel families—who had been working on their audacious plan for more than two years—try to flee East Germany in a self-made hot-air balloon. But after the balloon crash-lands just before the West German border, the Stasi find traces of the attempted escape and immediately launch an investigation. In a nerve-wracking race against the clock, the two families attempt to build a new escape balloon as the Stasi get closer and closer each day…

“Flies high with Cold War thrills and sentiment to spare.” – USA Today
“A race against the clock with suspense expertly maintained.” – Rolling Stone